Frozen Pipes and the Damage They Cause

The Farmer’s Almanac weather summary has already predicted that the Ohio Valley will have colder than normal weather temperatures beginning now (Nov. 2014) and lasting all the way through October 2015. The coldest temperatures being throughout the months of December and January.

And, chances are, those temperature predictions could be somewhat similar throughout the entire state of Ohio.

As we all (should) know, with the colder temperatures comes new and additional problems with frozen water. One area where this could specifically affect your home or office building is in your pipes.

The Problem with Frozen Pipes

Many people don’t fully realize how or why pipes burst when the temperatures drop.

In essence, when the water entering your pipes is below freezing it freezes within the structure of the pipe and causes a blockage. With the other end of the pipe being “shut off,” for example a faucet being in the closed position, pressure builds up between the two closures and causes the pipe to burst open.

The burst pipe then allows flowing water coming into your pipes to spray at high volumes into your walls, ceiling, and even under your flooring or into a room. The rate at which this water flows into your home is at such a high level that it can escalate to thousands of dollars worth of damage very quickly.

The Extent of the Damage

Beyond having standing water within your home or business, the extent of the damage that can happen from frozen pipe bursts can be much more than the eye can see.

The water is able to seep into every tiny space imaginable. This includes within your walls, ceilings, structural foundation and even under your flooring.

Additionally, even after the pipe has been fixed and the water has been cleaned up, there could be mold growth left behind.

Do you Have a Problem with Frozen Pipes?

If you have a frozen pipe situation, give our restoration experts a call! Our experienced staff will be able to clean up the water damage left behind, and determine if any further restoration is necessary. 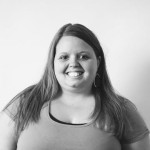